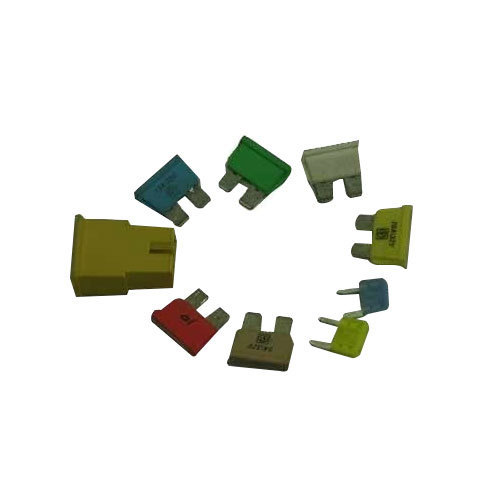 So you’ve purchased a new car amp. And now, the burning question on your mind is: Do you need a car amp fuse? A car amp is a high current, high power rating device. Any device like this needs the protection of a fuse. This is why most of them come with an internal fuse.

Here’s the kicker: that built-in fuse is only meant to protect the amp. It won’t protect the wiring in your car.  And these wires are almost guaranteed to short out. So with no fuse between your amp and the power wire, you could be facing the “causing a fire” kind of damage.

That being said, here’s all you need to know about car amp fuse size.

The Lowdown On Car Amp Fuses

The sole purpose of a fuse is to do one thing: fail. When there’s too much current flowing to an electronic device, you get blown fuses. Now the electrical circuit is open, and current no longer flows through the circuit. This way, it protects the power source and the device from damage.

In a car amp, the fuse isn’t there to protect the gear. But also the wire that connects to the power source.

What Style Fuse Should You Look For?

Generally, style is not as important as the car amp fuse size. But it is still useful to keep in mind what options you have so you can determine the best fuse for you.

For high current uses (e.g. adding an amplifier), it’s best to use an ANL or mini ANL style fuse.

Are you using devices that need little current? Then consider going for the blade-style ATC and ATM fuses. They’re made to protect against smaller currents.

The glass fuse is the classic fuse with a thin metal encased in a cylindrical glass container. The ends of this fuse are metallic, so the current can flow with ease. Now, listen to this: You want to avoid glass-style fuses. This is because of the way they’re held in a fuse block.

The tiny spring-type clamp that holds down each end of the fuse can get weaker over time. This then leads to a weak connection. Which then creates resistance in the connection, which in turn leads to overheating.

If you want to add a fuse between your amp and battery, you’re going to need a fuse holder or fuse box. There are two main reasons why:

But, the type you’ll need will depend on how complex your system is. So let’s get into them.

This fuse consists of two cables. Between these two cables is a fuse box. The input cable is what you connect to the positive terminal of your battery. The output cable connects to your amp. If you’re using a simple system (one amplifier), an inline fuse holder is perfect for you.

If your system is more complex with multiple amplifiers and other equipment, you’ll need 2 things. An inline fuse holder at the battery, and a fused distribution block at the amps with your other equipment.

You’ll need to feed a wire from the inline fuse to the block. Then multiple wires from the block to your different devices. NOTE: in your distribution block, the fuse rating should always match how much current a wire can handle.

We rate fuses in amperage (amps). So, if you see a number like “100” on a fuse, that means the current rating for that fuse is 100 amps. This fuse rating is also what we know as the size of a fuse. And this tidbit is key in deciding the right fuse for the car amp.

Be careful not to mistake this with the unit for power, which is in watts. This rating is for your amplifier.

“Gauge input” or AWG (American Wire Gauge) is also another way to classify fuses. AWG is a measure that describes the diameter of a wire.

At this point, you’re likely thinking, “what size fuse do I need for my amp?” Well, first of all, you can check your amp’s manual. But if you can’t find it there, you’ve got 2 other options.

This is the method we recommend you use–especially if you have a system with multiple amps. All you need is to apply this simple formula:

NOTE: you’ll need to account for the fact that no amp is 100% efficient. So divide the power rating by %efficiency first, before performing the overall division.

Another easy–but limited–way to pick the right size for you is with the chart below. This chart assumes your alternator provides a 14V supply.

Why The Right Fuse Size Matters

If you pick a fuse size that’s too small, it’ll blow up when you’re doing ordinary things. If you pick one that’s too large, you can destroy your devices and cause an electrical fire. This is because large fuses can withstand more amperage. So they won’t break when there is a damaging current.

How Close To The Battery Should Your Fuse Be?

Try to make the power wire between the battery and the fuse as short as possible. The longer the wire the more susceptible your system is to damage.

This is because there’s no fuse along the whole length of the wire. So if the wire gets loose from the fuse, it could earth against your car’s body and short circuit. When this happens, the amp power line overheats, the plastic covering burns, and you have a fire.

If we assume you’re using a 14 V alternator, then you are going to need a 70 Amp fuse for your amplifier.

Does it matter which way an inline fuse goes?

You don’t need to worry about which way your car amp fuse goes. Any of the ends can go to the battery and to the jack. The beauty of fuses is they don’t need current to flow in any particular direction.

Congrats! You now know that a fuse’s purpose is to protect your power source and devices. If you want to pick the right fuse size, simply divide your amp’s power by its efficiency. Then divide that answer by the voltage from your alternator. Make sure you remember not to get a glass fuse or a fuse that’s too large for your amps.