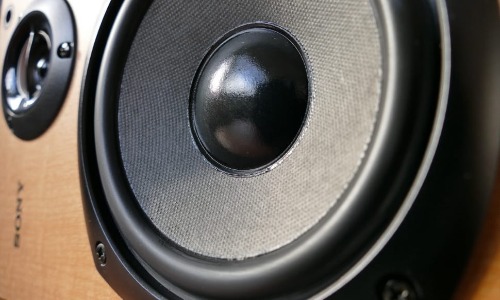 Having amazing music taste is one thing.

Having a sound system that can support these sensational tracks is another.

Choosing between two things can get very tough, and hearing about unfamiliar terms can only make things so much harder.

With a nice car, you deserve a nice sound system as well. This is why we’re here to help you out.

2 Ohm vs 4 Ohm, which one is best for your subwoofer? Keep reading to find out!

Main Differences Between 4 Ohm VS 2 Ohm

The main differences between 4 Ohm VS 2 Ohm are:

What An Ohm Is

Let’s start off with the basics, we can’t really choose if we don’t understand what we’re choosing from 🙂

An Ohm is an SI unit of electrical resistance, it is represented by the greek symbol “Ω” called an Omega. The name “Ohm” came from the German physicist and mathematician Georg Ohm.

Now let’s talk about what it represents; resistance is basically the amount of power. It is a measure of the opposite flow of electric current in an electric circuit which is called an impedance rating.

Subwoofer-wise, resistance can be seen as the indication of how much power the subwoofer can hold and transform into sound.

So the impedance relies on and is equivalent to the resistance itself as well.

Meaning to say, subwoofers with low electrical resistances or ohms produce louder sounds. So the lower the ohm, the louder the sound.

Why Subwoofers Are Necessary

While you can play your music and radio just fine with regular car speakers, you’re going to have to learn to overlook the word “enough” if you want a maximum listening experience.

Subwoofers are excellent additions to car speakers and the overall audio system; they copy and reproduce low-frequency sounds (more commonly known as bass) that they receive from the sound signal.

They are fed with these audio signals through the head unit or amplifier that transfers the electric current to them.

This means that they produce that punchy bass that regular speakers just can’t make.

Although you may not notice it at first, you’ll definitely feel its existence once the beat drops.

Specifications Of A 2 Ohm VS 4 Ohm Subwoofer

Let’s get to know subwoofer 2 ohm vs 4 ohm more by getting into their specifics.

Their differences and similarities can be seen within these five factors:

As mentioned earlier, the ohm in these subwoofers represents their resistance or impedance.

The basic rule here is that the lower the resistance/ impedance, the more power the amplifier will be able to feed the subwoofer.

This is because there isn’t a lot of resistance or electrical flow that is going against the current of the circuit, the feed can flow smoothly this way.

So between subwoofer 4 ohm vs 2 ohm, 2 ohm allows for more feed and less impedance.

Now that we know about both the resistance and the feed, we can move on to what it is equivalent to, which is the power usage.

This is because the feed is continuously flowing, thus the higher demand for power from the amplifier. It’s a simple supply-and-demand rule example.

So if you want to save power, go for a 4 ohm subwoofer. But, if you don’t mind it so much, then a 2 ohm subwoofer would be a better option.

This means that less resistance produces a louder sound.

The low resistivity allows for more power and feed to run through triggering a louder production of car audio in the subwoofer.

If you’re targeting a loud system, a 2 ohm subwoofer will surely win your heart.

So you may be wondering now, “if low resistances are louder, more powerful, and have more feed, then what are high resistances good for?”

The answer is bass and sound quality.

So, the higher the resistivity, the better the quality of sound and bass the subwoofer can offer.

Prices greatly vary depending on subwoofer brands and sizes.

Low resistance subwoofers tend to be pricier while the higher the resistance goes, the cheaper it gets.

Extraneous Specifications Of A 2 Ohm VS 4 Ohm Subwoofer

In high school, we tackled these two types of circuits, may it be in science, technical vocation, or physics.

So what difference does the amount of paths make?

Say you have three light bulbs and a battery in a series circuit, they are all connected through single wiring. So if a bulb breaks, it will stop the electric current from flowing to the other bulbs; the whole circuit will stop working.

On the other hand, if you had three bulbs and a battery through a parallel circuit, they’ll be connected through multiple paths. Meaning to say, if any of these bulbs break, the electric current can still flow through the other paths and the circuit will continue to work.

Connecting subwoofers together is a hack that most car owners do. Not only does this help them save money, but it also allows for more customizations and tweaking.

Another thing would be that it allows for easy availability of a 1 ohm and 16 ohm resistivity when done correctly.

Common subwoofers come with single voice calls, but it is not impossible to encounter a dual voice coil in the market. A dual voice coil would have a specific resistance/impedance in each coil, may it be a 2 ohm amp or 4 ohm amp.

Since you’ll be making use of multiple sources, the type of wiring will determine its final impedance.

Let’s have an example.

Say you are making use of only two sources, and both of them contain a 4 ohm resistance.

If you’re making use of other resistivities, you can solve it on your own. Subwoofers and coils with a different impedance work as well.

Just remember that series circuits allow for one path, so all of the resistances will combine with each other (resistance 1 + resistance 2… + resistance n = total impedance/ resistance).

And since parallel circuits use multiple paths, the resistances will be split into the number of paths (value of resistance / amount of sources = total impedance/ resistance).

Are ohms and resistance the same?

Yes. The value of ohms is equivalent to the amount of resistance. This is because ohms are a representation of the SI unit of resistance itself. So they are not only equal, but they are the exact same thing. Just keep in mind that an ohm is an SI Unit and resistance is a measure.

Should I use a series or parallel circuit for my dual coil?

While parallel circuits are the higher kind of circuits, subwoofer-wise, you would want to go for a series circuit. Although this would produce lower impedance and sound, it will assure you higher sound quality and louder bass for your car audio system.

Which is better between a 2 ohm and a 4 ohm subwoofer?

Now that we’re done comparing and contrasting, have you chosen your favorite ohm? If you haven’t, then you can always stop by the local store and test both of them. The differences are vast between these two, so the choice really falls on your preferences.

Whichever it may be at the end of the day, your favorite music is always the best ingredient to complete your car speakers’ sound system.